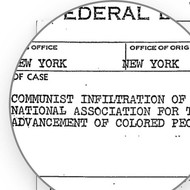 What was the path to the ballot for Initiative #2? Are voters informed? Gain knowledge and reclaim the government.

In a book club discussion last year, one of our group who happened to be in D.C. and at the time it seemed was quite oblivious to the undercurrents, wondered aloud why the ending, where the protagonist Winston Smith is stripped of his human soul, seemed to lack hope.

My reading didn't see 1984 as completely lacking in that department. After all, in the early chapters it is stated that the hope was in the proles. In the people.

But thinking again, I do wonder now if 1984 presented itself as a kind of disclosure to events we are seeing now. The enemy has only half-succeeded in their plans and the people have sniffed out their intentions and launched a counter offensive. In other words, the people have understood the warning of 1984 and disregarded its conclusion. We are anything but doomed.

Because it isn't true that there is no way out, even if you find yourself a good person in a bad system, or even deeply involved with the enemy, as Winston was, daily responsible...

Powered by Locals
About Community
Seekers Unite
1 Member
Don’t have a Locals account yet? SIGN UP
I’m already a member Log in
Please keep this window open while your file is uploading...